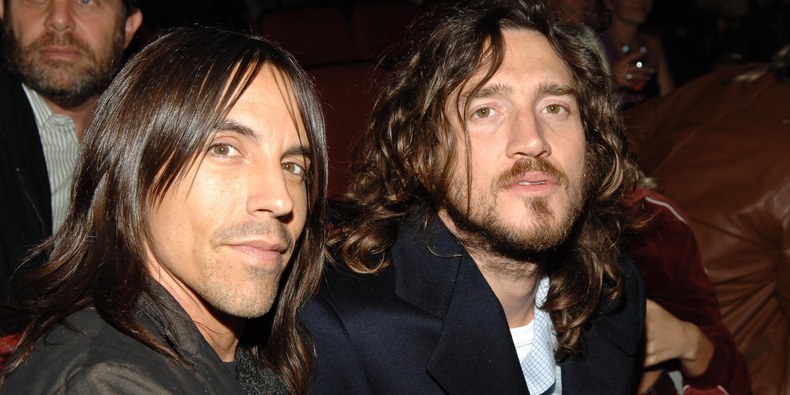 Singer Anthony Kiedis, bassist Flea, and guitarist Frusciante played a brief three-song set consisting of their own hit “Give It Away” alongside covers of The Stooges’ “I Wanna Be Your Dog” and Gang of Four’s “Not Great Men”. The latter came in tribute to Gang of Four guitarist Andy Gill, who produced Chili Peppers’ first studio album. Gill passed away last week at the age of 64.


Stephen Perkins of Jane’s Addiction played drums for Chili Peppers, as Chad Smith was absent for the performance.

Frusciante also stuck around on stage to join Jane’s Addiction’s Dave Navarro for a few songs.

Earlier this year, Chili Peppers announced that Frusciante would be rejoining the band after more than a decade away. Chili Peppers’ first proper concerts with Frusciante in tow will come in May when the band headlines a trio of festivals, specifically: the Gulf Shores’ Hangout, Boston Calling, and BottleRock in Napa Valley.

The band is also known to be working on a new album.

You can get tickets to their upcoming dates here.

If you have to cover your face, do it with style!