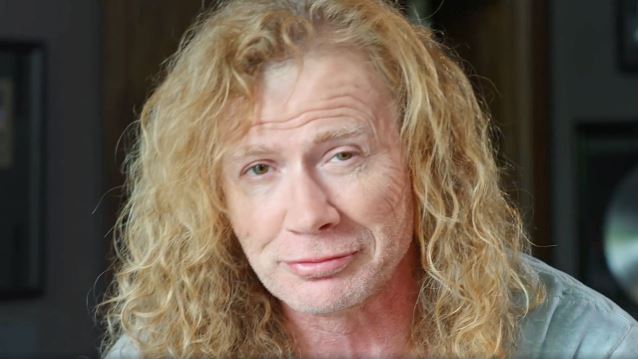 At a concert in London over the weekend, the Megadeth front man announced from the stage that he was “100 percent” cancer free.

Mustaine was diagnosed with throat cancer last spring and underwent treatment for the disease all summer, while simultaneously working on Megadeth’s forthcoming new album.

After performing “Tornado of Souls,” about halfway through Megadeth’s set on Friday, Mustaine paused to address his health and thank fans for the strength they’ve given him over the past year through “51 radiation treatments and nine chemo treatments.”

“…I thought about you guys every day, too,” he said. “And I thought about my family. And I got this power from you guys. And I just kept thinking about it. And on October 16, I went to go see the doctor, and he said, ‘You’re 100 percent free of cancer.'”

You can watch Mustaine’s full statement in the video above.

Mustaine’s band mates said throughout his cancer ordeal that they expected the front man to make a full recovery. Mustaine too was bullish regarding his prognosis and revealed in November that his cancer treatment was complete.

His statement Friday is the first time he publicly claimed victory over the disease.

Megadeth is on tour in Europe through February. The band is expected to reveal details on its upcoming 16th studio album soon.